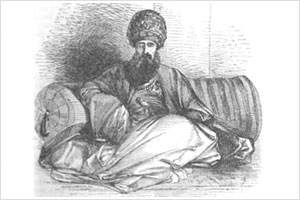 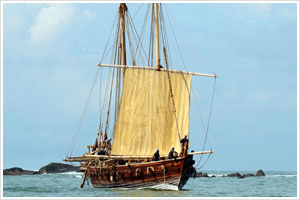 Are you venturing to Sultanate of Oman for tourism, employment or to explore business opportunities? Well, allow us to take you on a fact based ride through the country.

The legendary home of Sinbad the Sailor, today, Oman is an absolute monarchy in which the Sultan of Oman exercises full and ultimate authority. The country is a representative member of the United Nations, the Gulf Cooperation Council, the Organisation of Islamic Cooperation, and the Arab League. 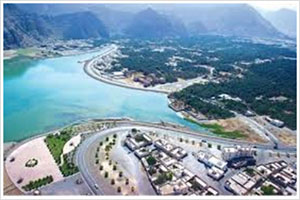 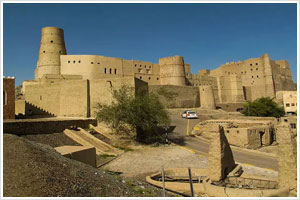 Oman is breathtakingly beautiful with tall and mighty mountain ranges rendering the landscape a towering and impressive aesthetic appeal. The country is bordered by the United Arab Emirates to the North West, Saudi Arabia to the West, and Yemen to the South West, and shares marine borders with Iran and Pakistan. The coast is formed by the Arabian Sea on the South East and the Gulf of Oman on the North East. The people of Oman are endowed with a distinct vein of hospitality and brotherhood that they extend a warm welcome to every foreigner, which leaves a lasting impression in every mind. They are ethnically diverse consisting of Arabs, Baluchis, Swahilis, ethnic Lurs, Hindus, and Mehri people. The largest non-Arab Omani community are the Baluchi, who are Iranian people following the Sunni faith. At least 12 different languages are native to Omani citizens. Oman's official religion is Ibadi Islam. 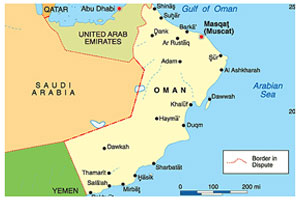 Oman has tropical weather conditions. The weather is pleasant from November through to March where the temperatures average around 25°C in the day and 20°C in the evening. The months between April and October are particularly hot with temperature rising up to 45°C with high humidity. The country often gets rainfall depending on the regions but the capital city of Muscat is mostly dry.

Oman's capital of Muscat is one of the oldest cities in the Middle East. The Mutrah Souk, the oldest market in Muscat, is a lively market place that showcases the culture and heritage of Oman. The 'Sultan Qaboos Grand Mosque', sits in the heart of the capital city of Muscat and is an epitome of Islamic architecture. The amazing tropical greenery of Salalah, the quiet sunny beaches and the mountainous joy rides through the country are all sought after memorable experiences.